At this year's employee workshop, the team dealt with the topic of "delegating". 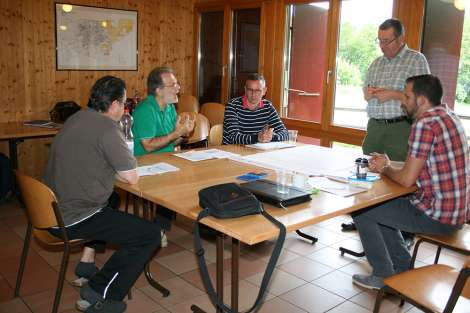 After the first theory block, it quickly became clear that the word "delegate" can be interpreted in different ways, which was to be confirmed in the course of the day.

After another theory block, the group work for the afternoon was presented before the joint lunch break. The participants were informed that the barbecue event of the same day had not yet been organized and that it was now time to get it off the ground. The basics of delegating were now known. The somewhat perplexed faces quickly relaxed and the thirst for action followed, after all, we wanted to offer something to the relatives who were expected at the barbecue event. Thus, until the evening was diligently prepared, delegated, executed, reported back....

And as expected, the barbecue event was a complete success.

We would like to take this opportunity to thank Christoph Fasel from Idee Transfer for organizing this exciting and instructive day for us. Also thanks to all participants for getting involved and making this experience possible.